Hull, cargo underwriters need to bring their 'A' game to major losses: Neylon

The complexities of the environmental implications of major casualties in the modern world are such that the clean-up costs can dwarf the cost of salvage, and this means H&M and cargo underwriters need to bring their 'A' game to any such event, to make sure that they stay on top of costs and the allocation of those costs between various insurers, according to Richard Neylon, partner at international law firm HFW.

In a presentation on emerging liability and hidden exposures,

Neylon said that he remarked to a salvor the other day that the future for salvors was in waste management. "I think that the salvors who gain an expertise in this field are finding themselves charging more for the waste management than for the salvage itself", he said. An additional problem, and a further reason for H&M and cargo underwriters always to pay attention, is that the wreck itself might be defined as "waste".

Neylon said that one question which arose was "is the disposal or removal of waste going to form any part of the salvage?" He raised the possibility of the scenario where "if I, as a shipowner, sign an LOF salvage agreement, and the salvage takes place; we arrive at a port of refuge, and I say to the salvors 'why don't you remove all the debris from the vessel under the LOF salvage agreement'? then would H&M or cargo underwriters in the room have a problem with that?"

Neylon emphasized that, along with a number of other similar issues of classification, this showed the desirability of the H&M and cargo underwriters being proactively involved in decision-making post-casualty, ensuring that the right bills find their way to the right insurer.

A further problem was that the cost went beyond removal and into disposal. Neylon raised a long sequence of potential problems here, with "environmental protection" being used as a mask for other motives.

These included domestic political agendas, a lack of local sympathy for the shipowner when a large casualty arrives at a port of refuge, and emotional rather than since-based motives.

One example Neylon raised was a hypothetical grounding on a coral reef. "So it has to be moved. Well, OK, but you didn't even know that the coral reef was there until we grounded on it. And if you had marked it on your chart in the first place, we wouldn't have grounded on it anyway".

Neylon said that, when it came to waste disposal, there would frequently be "push and pull" factors at play that had little to do with environmental protection. The push factor would be to get the waste as far away from the port of refuge as possible – the "Not In My Back Yard" NIMBY line, while the pull factor would be an attempt to make sure that the local recycling facility, possibly a monopoly and not competitively priced, got the business.

Neylon said that he did not give the wrong impression. He was not in the least opposed to environmental legislation. There were many crucial bits of legislation, and some of the liabilities would be P&I liabilities.

Recalling the Paris IUMI conference in 2011, where he felt that Andrew Bardot had come in for some stick on the matter of piracy, Neylon said that he felt the P&I Clubs were sometimes given a bit of a rough time by the cargo and H&M underwriters. "In my experience, the IG P&I Clubs do a first-class job in protecting the environment. When there is a bill to be paid, be it $1m, $2m or $100m, it is paid. But they like to make sure that the money is being spent is spent on the right things for the right reasons."

Neylon said that there were various things that insurers could do to help ensure that their interests were fully reflected in shipping disasters and their environmental implications. "The UK SOSREP system has one person in charge when there is a main casualty, the secretary of state's representative. It can be very effective in stamping out some of the issues that we discussed", he said. Neylon added that there was a place for lobbying by flag states, insurers and associations when such events occurred, fighting to ensure that the money that is spent is spent for the right reasons, rather than for the possible non-environmental reasons raised by Neylon during the presentation. Looking at the "confront the chaos" tagline for the whole conference, Neylon said that, post-casualty, the chaos was usually tied up in all of the non-relevant factors – local political agendas, emotional rather than scientific analysis, etc – and that it was focusing on the true environmental costs and remedies, rather than the non-relevant ones, that was important. 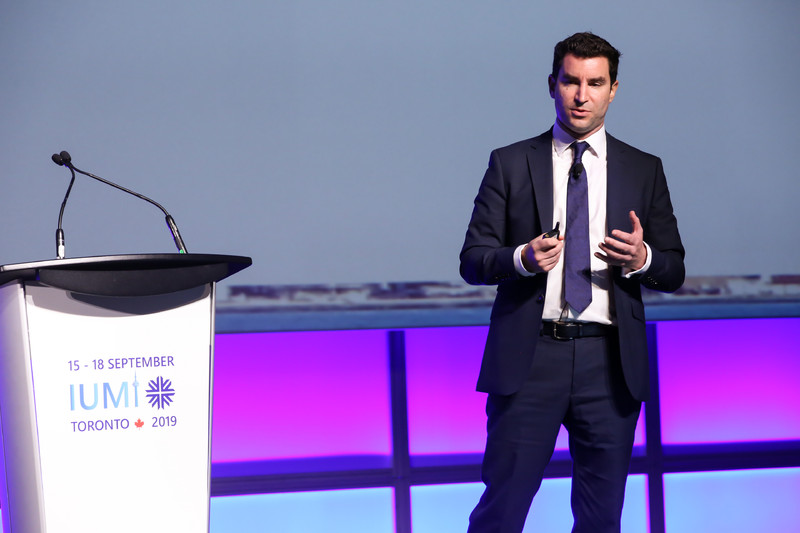