Best chance in years to combat piracy in the Gulf of Guinea, says BIMCO

As the Gulf of Guinea heads into its by-now traditional "busy season" for piracy, running from October/November through to March/April, independent shipowners' association BIMCO has noted that a comprehensive set of anti-piracy capabilities launched this year by Nigeria, helped by at least two international navies deploying warships equipped with helicopters, could help to maintain the recent decline in the number of piracy attacks. Observers noted that the recent pair of piracy attacks in the Gulf of Guinea, one of which was thwarted by the Russian Navy, took place off Lomé, rather than anywhere near Nigerian waters.

However BIMCO’s Head of Maritime Safety & Security, Jakob Larsen, said that it was too early for complacency.

Larsen observed that the Nigerian effort represented “an impressive range of new assets, and we hope it will make a positive difference to the security situation”. He added that it would require "hard work and dedication to ensure continuous funding of operations, maintenance, training, and recruitment. The continued operational success of the Deep Blue assets will be an indicator of the Nigerian government’s ability to address maritime security threats."

BIMCO noted that in the past such big acquisition projects had been seen as a one-off cost aimed to satisfy short-sighted political motives, with too little attention given to sustained operations. Too often, assets had ended up almost permanently stowed away and only rarely being used. BIMCO said that it would be disappointed to see the Deep Blue assets not being used or even go inoperative after a few months in operation.

Apart from Nigerian law enforcement assets present in the pirates’ hunting grounds, which extend up to around 250nm from the Niger Delta, several navies from countries outside the region such as Denmark, France, Italy, Portugal, Spain, UK and the USA will also be present on “maritime security operations."

The deliberately generic wording covers everything from supporting vessels sailing under their flags to training missions, technical assistance to local navies and diplomatic activities in the region’s coastal states. Only two countries, Italy and Denmark, have made it clear that their warships’ missions are “anti-piracy operations”.

Larsen observed that both these countries were "deploying capable warships with excellent seagoing capabilities and armed helicopters on board. This is indeed an interesting development and something BIMCO has repeatedly been calling for since January 2019”.

Larsen said that it was “essential that national pride is not allowed to get in the way of effective law enforcement operations. It is equally essential that the navies from outside the region are given maximum freedom to plan and execute their operations without being restricted to pre-allocated areas and without disclosing their position”.

One significant positive move forward in 2021 was that Nigeria and Togo had both successfully tried and convicted a pirate gang.

“This is an admirable achievement by any measure, and now there is every opportunity to bring even more piracy cases before a judge,” said Larsen.

BIMCO said that one key legal element which should be further explored was the handover of suspected pirates between different jurisdictions. UNODC remained involved with countries in the Gulf of Guinea region to develop the legal framework needed, and appeared to be making good progress. However, handover agreements between regional coastal states and non-regional states with warships in the area were not yet under development.

“In the current situation, with non-regional navies made available for anti-piracy operations, and with their unrivalled ability to outrun and outgun the pirates, it seems like a low-hanging fruit to set up the handover agreements necessary,” Larsen said. 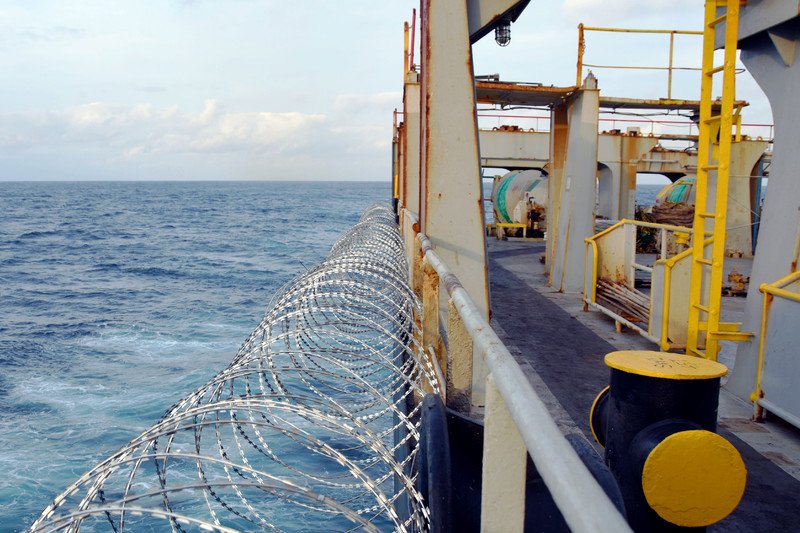