The roots of IUMI, in its present form, can be traced to the later part of the 19th century, a time of continuous increase in the volume of international trade and consumption and of constantly improving communications. The transition from sail to steam was already under way, leading to a greater need for marine insurance, especially cargo insurance, both ocean and inland.

Until the mid-19th century, most marine insurance was placed in local markets. The developments in international trade and shipping, however, gave rise to more international transactions. New markets were emerging and there was a demand for uniformity in insurance cover, not least by banks and clients.

In the wake of such rapid changes, a great number of marine insurance companies were formed, all endeavouring to secure a share of the market. This led to fierce competition and to the chaotic use of a variety of rules and policy conditions, many of which lacked conformity and substance. The recession that followed in 1870 hit these companies in the midst of a cut-throat fight for business and drove many of them into liquidation. It was then that the need for international cooperation was fully recognised by the traditional markets, mainly in the UK and Continental Europe and it was German Underwriters who took the initiative on 8th January 1874 by forming the Internationaler Transport - Versicherungs - Verband in Berlin. This later became the International Union of Marine Insurance (IUMI). The purpose of this initiative was to create an association “where the members could discuss business matters of common interest with the purpose of agreeing upon principles concerning the management of marine insurance business”.

At the same time further initiatives were taken to improve the classification of ships and so influence the work done by Classification Societies; to compile regulations with regard to customs practices and insurance conditions; and to express opinion on legal matters, such as uniform rules for Bills of Lading etc. IUMI also tried to establish advisory rates for certain commodities such as cotton, grain, wood, wool, tobacco etc. However, these efforts failed as any understandings and/or agreements on rates would have been against laws that existed in some member states.

The name “International Union of Marine Insurance” was unanimously agreed upon in order to clearly manifest IUMI’s character as an association of representatives from different countries. The founders strongly emphasised the objective of being international and, from the outset, they were at pains to keep membership open to companies from all countries. For that reason and so as not to impede “progress towards universality” in any way, the question of IUMI’s base was also left open. Berlin was chosen for the first year only.

The composition of the IUMI committee was intended to reflect the organisation’s international character by including delegates form a wide variety of countries.

By world war I, individual companies from 22 countries had enrolled as members. In 1926 British and French companies also joined.

A period of standstill

The outbreak of the first world war interrupted the process of building IUMI. The last activity before the war had been the 40th annual general meeting at Baden-Baden in September 1913. Despite its name and many years of successful efforts to establish contacts abroad, these mostly came to a standstill because IUMI was widely regarded as a German institution. That was suggested by the location of its head office in Germany, a German management and its numerous German member companies.

During the first war, the Union suffered from the isolation of Germany and was confronted with a choice between providing its services on a modest scale to those bodies and companies with whom a link was still feasible, and suspending all its activities until further notice. In order to avoid wholly forfeiting what had been achieved and so as to be able to continue after the war, it was decided to maintain activities.

With hostilities precluding any practical possibility for exercising influence on current business by framing tariffs and conditions or in participating in loss adjustment, the secretariat used the period of standstill to address itself more closely to the theoretical fundamentals of marine insurance. The risk of war and the repercussions of state control on goods transport and the insurance thereof were initially at the top of the agenda, later mainly currency problems of very different kinds. Much work was also done in preparing marine insurance statistics which were to prove a very substantial importance in the post war period. Members were kept informed of these surveys as far as possible.

A new start after 1918 was no simple matter, since with the exception of a few states in Central Europe and Scandinavia virtually all nations of importance for marine insurance had been at war with Germany. It was thanks to the efforts of Arthur Duncker, president, and Dr. Paul Brüders, general secretary, that IUMI resumed its international activities in the interest of both German and non-German marine insurance companies after a standstill of nearly seven years.

At the outbreak of World War II in 1939, membership of IUMI comprised 203 member companies from 24 countries. The IUMI journal ceased publication with its issue for August / September 1939. General secretary Hans Hoppenstedt was on active service from the start of hostilities and went missing as a Korvettenkapitän (Commander) in 1942. Of the original 14 members of the secretariat, only two survived the war. The Union’s office in Berlin was totally destroyed, together with all files and documents.

Based in Switzerland, which had remained neutral, IUMI president Carl Briner took the initiative on reviving the Union as early as 1946. Its reactivation was linked to a complete restructuring which represented the most decisive turning point in the organisation’s entire history. Whereas until the Second World War the Union had been a cooperation between marine insurance companies, after the end of the war it became a worldwide umbrella organisation of marine insurance associations. For the first time the goal pursued ever since its foundation in 1874, namely of bringing the entire marine insurance community under one roof, had been achieved.

The International Union of Marine Insurance (IUMI) is the oldest association in the insurance industry to be active across national boundaries. IUMI has developed from an association of insurers in Central Europe to a worldwide union of national associations in marine insurance. The institution enjoys a high reputation internationally and has played a decisive role in shaping the pattern of marine insurance.

A fresh start at the Waterkant in Hamburg 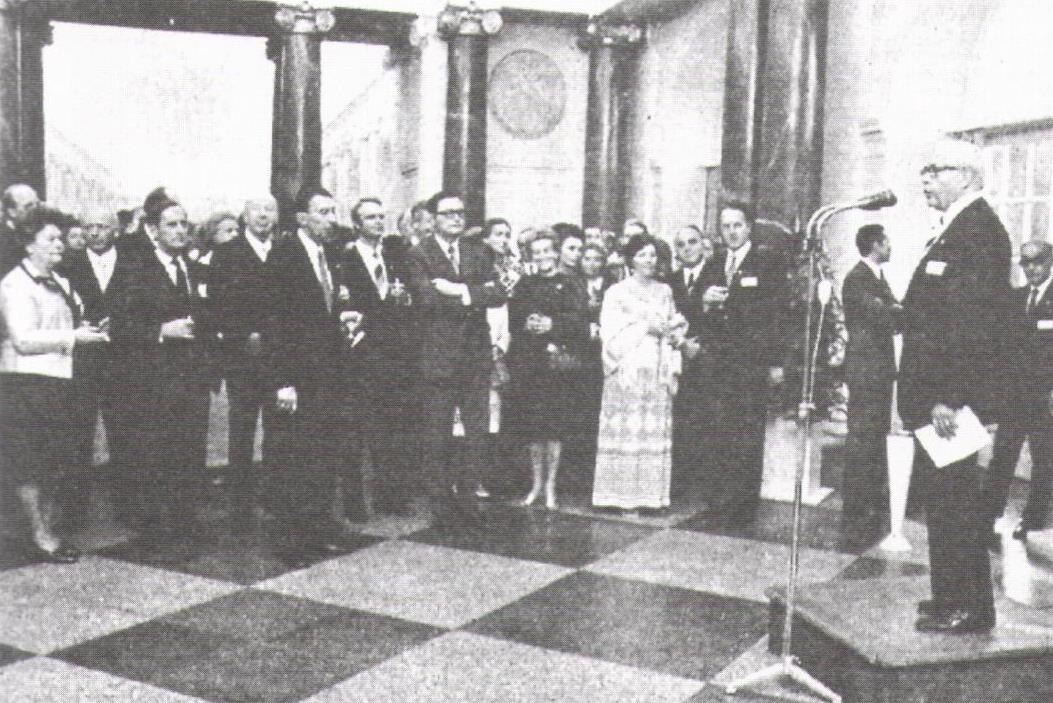