The crew change crisis, which reached a peak in the middle of last year when some 400,000 seafarers were waiting to get off their ship and the same number were waiting to get on one, has been worsening once again. The ITF said that there were thousands more workers at sea working beyond their contracted times. The backlog had slowly been reduced to about 200,000, but now it is rising again. Many thousands of crew had now been at sea for more than a year, compared with the maximum of 11 months allowed under the MLC.

Stephen Cotton, general secretary, International Transport Workers’ Federation, said that “the situation is going from bad to worse. We need more than lip service from governments, we need concrete action that allows crew changes to be carried out in a safe manner”.
International Chamber of Shipping secretary-general Guy Platten said that resolving the crew change crisis would require all seafarers to have priority access to vaccines.

Continual high infection rates and subsequent domestic lockdowns were still challenging crew changes and causing disruption to crew movements. A major cause of the problem is that a large proportion of international seafarers come from only a few countries. One of them is the Philippines, and a decrease of daily inbound flights to the Philippines, as well as a travel ban announced by Philippine government for seafarers traveling from the UAE, Oman, Nepal, Bangladesh, Sri Lanka and Pakistan were causing general disruption to crew movements. The leading maritime crew nations continued to have low overall vaccination rates.

Danica Crewing Services has warned that “not unexpectedly – and as in freight markets – when there is a shortage the cost goes up and we now see shipping companies offering salaries 10% to 20% higher than the average market levels, or providing a high joining bonus”.
Henrik Jensen, Danica’s managing director added that the Eastern European crewing market was under extreme pressure as companies turn to places like Ukraine and Russia to replace officers and seafarers unable to travel from India or the Philippines. Danica also stressed that with the summer holidays approaching, the situation could get worse. In addition, many seafarers want to be vaccinated before returning to the sea, and some of them were waiting for the second dose of vaccine. “In places like Russia vaccines are generally available. However, in other countries, such as Ukraine, the demand for vaccine outstrips supply resulting in a longer waiting time. We are finding that seafarers, especially those who do not sign up immediately as their leave begins, are waiting 4-6 weeks to be vaccinated,” Jensen said “Once they get their first injection they have to wait a further 8-10 weeks for the second one, and then an additional 2-3 weeks for their immunity to be fully effective. This means many seafarers are now out of the loop for 16 to 20 weeks, which is about double their usual leave period and is compounding the global shortage of seafarers.” 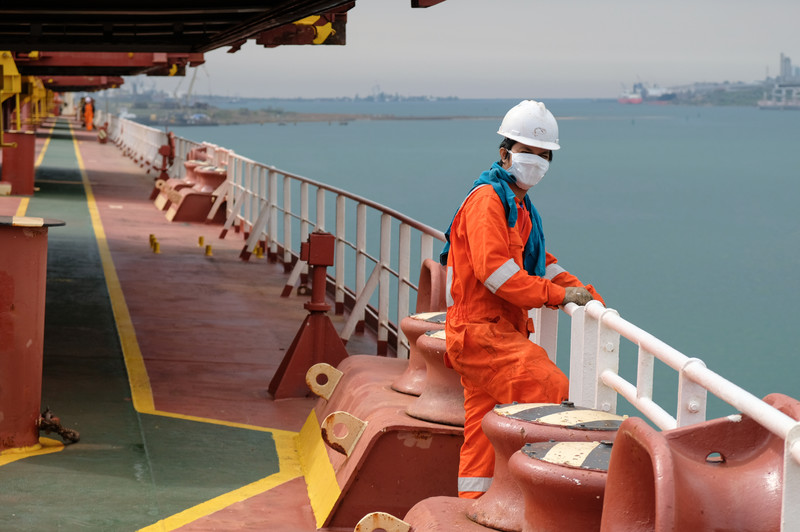