Since the last IUMI Eye publication I am able to report on three Sub-committee meetings held at the international maritime headquarters. These meetings are attended by the flag states and industry experts with wide ranging technical skills.

The main matters of interest from the meetings were:

The review leading up to the finalisation of the draft notes focused on the regulations relating to passenger ships, covering stability information to the master, watertight integrity, periodic operation and inspection of watertight doors in passenger ships and prevention and control of water ingress.

The interim guidelines are intended to ensure that a consistent approach is taken with regard to standards of fire safety of ships making use of FRP elements in their structures and that the level of fire safety afforded by the provisions of SOLAS chapter II-2 is maintained.

The Sub-Committee agreed draft amendments to SOLAS to extend, to existing passenger ships, the requirement for provision of operational information to the master for safe return to port after a flooding casualty.

The draft amendments for existing passenger ships (i.e. constructed before 1 January 2014) will be forwarded to the MSC 98 for approval.

The Sub-Committee also progressed the development of the related draft guidelines on stability computers and shore-based support for existing passenger ships, with a view to their finalisation at the next session.

Sub-Committee on Navigation, Communications and Search and Rescue (NCSR)

Work to review and update the Global Maritime Distress and Safety System (GMDSS) continued during the fourth session of the Sub-Committee.

The aim is to eventually adopt a revised and updated SOLAS chapter IV, enabling the use of modern communication systems in the GMDSS, while removing the requirement to carry obsolete systems, at the same time maintaining the requirements for ships to carry specified terrestrial and satellite radio communications equipment for sending and receiving distress alerts and maritime safety information.

Activation of the IMO-IHO Harmonization Group on Data Modelling

The Sub-Committee agreed to propose to the Maritime Safety Committee the activation of the IMO-International Hydrographic Organization (IHO) Harmonization Group on Data Modelling (HGDM). The group would be activated to support the development of e-navigation by harmonising data formats and structures of maritime service portfolios that fall under the remit of IMO and IHO. The Terms of Reference for the HGDM will be considered by the Maritime Safety Committee.

The agreed revisions update and amend the 2009 MODU Code, taking into account recommendations arising from the investigation into the explosion, fire and sinking of the Deepwater Horizon in the Gulf of Mexico in April 2010.

The Sub-Committee agreed a work plan to address any additional testing and performance standards relating to life-saving appliances and arrangements on board ships operating in polar waters, to support the implementation of the Polar Code.

Work at the next session will focus on evaluating the specific conditions to consider when approving life-saving equipment to be used when in polar waters and to identify test and performance criteria for life-saving appliances. The aim is to finalise the work, as soon as possible for submission to the Maritime Safety Committee.

The Sub-Committee agreed the scope and work plan for the review of SOLAS and associated codes to minimise the incidence and consequences of fires in ro-ro spaces and special category spaces of new and existing ro-ro passenger ships. The Maritime Safety Committee will be invited to approve the plan, which would see the development of draft interim guidelines alongside draft amendments to SOLAS and associated codes to be adopted in 2020.

Significantly, IUMI published a position paper in February on marine insurer’s growing concern of fire incidents on ro-ro passenger ships. IUMI offers to work closely with all stakeholders and regulatory bodies to raise awareness and mitigate this fire risk. 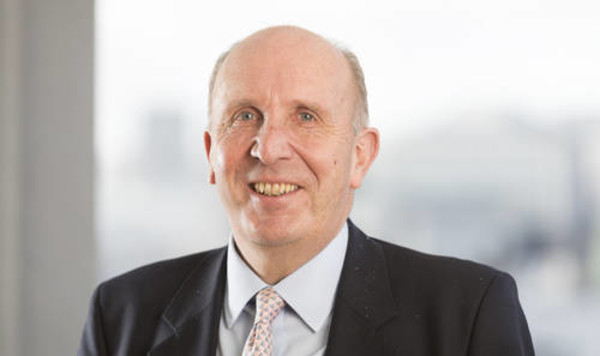