The Marine Environment Protection Committee (MEPC) met on 24 to 28 October 2016 in London. IUMI was represented by Hendrike Kühl and Nick Gooding. The main outcomes of the meeting were:

Adoption of mandatory data collection system for fuel oil consumption
The MEPC adopted mandatory MARPOL Annex VI requirements for ships to record and report its fuel oil consumption. Under the amendments, ships of 5,000 gross tonnage and above will be required to collect consumption data for each type of fuel oil they use. The aggregated data will be reported to the Flag State after the end of each calendar year and the Flag State will issue a certificate of Compliance to the ship. Flag States will be required to subsequently transfer this data to the International Maritime Organization (IMO), who will produce an annual report to the MEPC.

Roadmap for reducing GHG emissions approved
The Committee approved a roadmap for developing a comprehensive IMO strategy on the reduction of green-house gas (GHG) emissions from ships, which foresees an initial GHG reduction strategy to be adopted in 2018. More will take place running up to 2023 and will include short-, mid-, and long-term further measures, together with implementation schedules. The project work will be done by an intersessional working group.

Energy efficiency of international shipping
The report of a correspondence group on the status of technological developments relevant to implementing Phase Two (1 Jan 2020-31 Dec 2024) of the Energy Efficiency Design Index (EEDI) regulations was considered by the Committee. Following discussions in a working group, which reviewed the status of technological developments relevant to implementing phase two of EEDI requirements from 2020, the Committee agreed to retain the phase two requirements and on the need for a thorough review of EEDI phase three (1 January 2025 and onwards) requirements, and look at the possibility of establishing a phase four. Currently, phase three requirements provide that new ships are to be 30% more energy efficient compared to the baseline. Data received by the IMO Secretariat identifies that so far more than 1,900 ships have been certified as complying with the new energy efficiency design standards.

The decision to implement a global sulphur cap of 0.50% m/m (mass/mass) in 2020 represents a significant cut from the 3.5% m/m global limit currently in place.

The meeting adopted revised guidelines for approval of ballast water management systems (G8), which update the guidelines issued in 2008.

A proposal for alternative draft amendments which would allow for compliance by the second renewal survey in certain circumstances was put forward. It was agreed that the alternative proposal would be debated at the next Committee session (MEPC 71) in mid-2017. 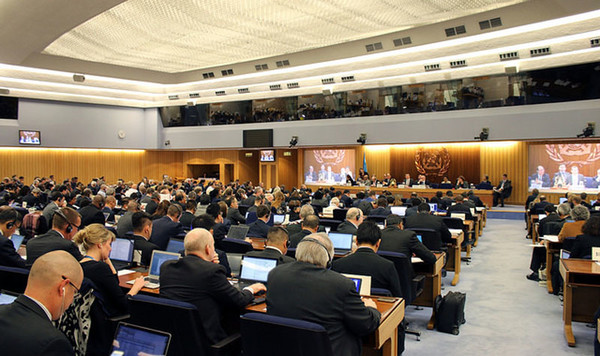