The meeting of the Sub-Committee on the Carriage of Cargo and Containers took place 11-15 September 2017. The key matters of interest are as follows:

The Sub-Committee raised awareness on the potential risks posed by moisture and provided new guidance on carriage of bauxite, in the form of a circular aimed at shippers, terminal operators, shipowners, ship operators, charterers, shipmasters and all other entities concerned. The circular requests that extreme care and appropriate action be taken, taking into account the provisions of relevant IMO instruments, when handling and carrying bauxite in bulk.

The circular takes immediate effect, ahead of the next scheduled adoption (in 2019) of the new test methods and relevant schedules for bauxite cargoes during the routine scheduled updating of the International Maritime Solid Bulk Cargoes (IMSBC) Code. The IMSBC Code is the industry rulebook on how to deal with bulk cargoes.

The CCC.1 circular updates a previous circular on carriage of bauxite and invites Governments to note that some bauxite cargoes (specifically those with a larger proportion of smaller particles) present a risk caused by moisture and should be treated as Group A cargoes. Excess moisture in such cargoes can lead to a free surface slurry. This can cause atypical motion of the ship (wobbling). The master should take appropriate action in the event of this possible sign of cargo instability.

The circular includes the draft test procedure for determining the transportable moisture limit (TML) for bauxite; the draft individual schedule for bauxite of Group A (bulk cargo shipping name "BAUXITE FINES"); and draft amendments to the existing individual schedule for bauxite of Group C (bauxite with a lower proportion of smaller particles and with a degree of saturation by moisture not liable to reach 70 per cent).

Guidance on carriage of ammonium-nitrate based fertiliser issued

The Sub-Committee issued guidance on carriage of ammonium-nitrate based fertiliser (CCC.1/Circ.4), urging extreme care when handling and carrying the fertiliser in bulk.

The warning follows accidents involving the Purple Beach (2015) and Cheshire (2017). While the investigation reports are still pending, the Sub-Committee agreed on the need to raise awareness of potential problems.

During the incidents, the gas clouds produced were large enough to envelop the ship, and cover the sea area surrounding the ship. The vapour emitted was highly toxic. Such conditions could affect the safe abandonment of the ship and hinder rescue and firefighting efforts.

In such events, cargo decomposition may last for multiple days and the temperatures in cargo holds may reach in excess of 500˚C.

The Circular notes that the best protection for seafarers is awareness of the decomposition process to allow it to be identified at an early stage. Regular monitoring of the cargo throughout the voyage is crucial to detect the start of decomposition.

The Sub-Committee continued its regular work to update the IMSBC Code. The next set of IMSBC Code amendments will be a consolidated version which is expected to be prepared by the Editorial and Technical Group (E&T 29, meeting spring of 2018) and subsequently adopted by MSC 101 in 2019.

The editorial corrections to amendment 38-16 to the International Maritime Dangerous Goods (IMDG) Code and the next set of draft amendment 39-18 (for adoption in 2018) to the IMDG Code, were finalised.

The draft amendments include new provisions regarding IMO type 9 tank, a set of new abbreviations for segregation groups (SGG), and special provisions for carriage of lithium batteries and carriage of vehicles powered by flammable liquid or gas.

Draft amendments to part A-1 of IGF Code agreed

The Sub-Committee agreed draft amendments to the International Code of Safety for Ships using Gases or other Low-flashpoint Fuels (IGF Code), relating to protection of the fuel supply for liquefied gas fuel tanks, aimed at preventing explosions.

The Sub-Committee agreed unified interpretations to the IGF Code and the International Code of the Construction and Equipment of Ships Carrying Liquefied Gases in Bulk (IGC Code) relating to testing of high-level alarms and level indicator in the bilge well of tank connection spaces of independent liquefied gas storage tanks.

High manganese austenitic steel is a material that has been proposed as being suitable for use in cryogenic applications such as cargo tanks, fuel tanks and piping of LNG carriers and LNG-fueled ships. 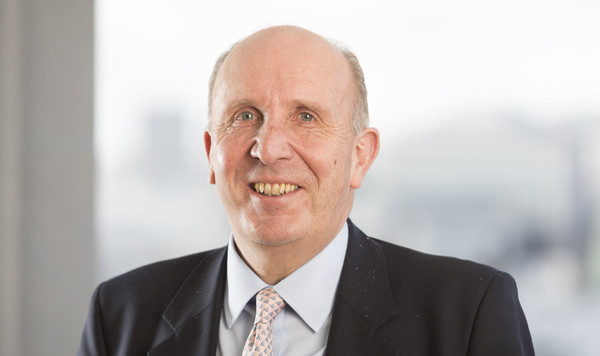