The 20th Transported Asset Protection Association’s (TAPA) global anniversary conference took its participants on a journey looking into the future of the supply chain. With over 500 delegates attending on 25-26 October in London, participants included supply chain security experts and security technology firms, as well as government officials, insurers and surveyors.

The conference programme was designed to go beyond the “here and now” of the realities of cargo crime and cargo theft, and instead look at potential changes, trends and disruptions to the supply chain likely to arise in the (near) future. New technologies such as drones, autonomous vehicles and robots were not only discussed but also demonstrated with live demonstrations.

I was invited back to speak, on behalf of IUMI, for the second time at a TAPA event. In my presentation I discussed the rapidly changing challenges facing insurers in the 21st century. I emphasised that seven drivers of change will make a significant impact on insurers’ business models as we know them today: financial and insurance, environmental, globalisation, socio-economic, legal and regulatory, technological, and geopolitical factors.

A recurring message throughout the conference was the importance of collecting better data, making it accessible and maximising the value derived from it. This was noted by several speakers who explained that they had huge data sets available but hadn’t found a suitable method yet on how to utilise them.

Nik Gowing, from “Think the Unthinkable”, stressed that “big data is the oil of the future” and that it will likely shape the 21st century as oil did in the 20th century. A challenge noted by one logistics provider was the size of their datasets, which in principle was considered a good starting point. They would, however, only make it available if other companies were to join and contribute their data. If there are not sufficient contributors, data could be easily traced back to the initial data provider. Coalition building is therefore crucial in order to successfully mine the data sets. A logical consequence to the increasing importance of big data was reflected in the hiring of more data analysts and mathematicians by certain logistics firms.

For IUMI and its members the challenge behind collecting data is twofold; firstly, we must ensure that we collect and use the optimal data, and secondly, to find a way to consistently capture data in a sufficiently consistent and optimal way across our markets that can be used and leveraged as an asset with industry partners and our customers. Insurers have the potential to assist industry stakeholders by combining and sharing data - particularly on losses generally and theft specifically – with data from potentially hundreds of thousands of clients. Insurers’ value in the future is dependent upon our specialist expertise and data, as well as our capacity. 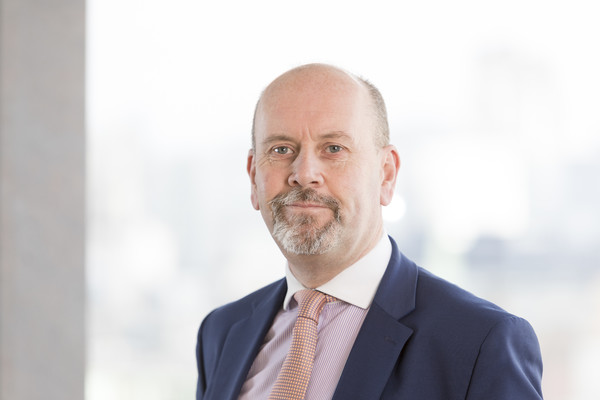