Recession in Latin America: the impact of COVID-19 on the economy of the region

The pandemic caused by the coronavirus has hit the Latin American economy hard, especially during the second quarter (Q2) of 2020.

In the second half of the year, the positive effect of government measures to tackle the crisis was shown, and announcements of progress towards a COVID-19 vaccine have revalued the forecasts that now stand in a less negative scenario.

As reported by news outlet France 24 with EFE, in 2020 some countries in the region entered a recession after presenting a drop in their Gross Domestic Product (GDP) for two consecutive periods. Such is the case in Brazil, which registered a 9.7% drop in Q2, although in Q3 it grew 9.47% compared to Q2, which suggests the beginnings of a recovery.

This situation has directly impacted world trade, which registered a drop of 8.9% in the first half of the year. In Latin America, according to data from the Inter-American Development Bank, the negative impact on trade in goods was 12.1%

In relation to maritime transport, Economic Commission for Latin America and the Caribbean (ECLAC) reports that worldwide maritime trade by containers has followed a downward trend since the outbreak of the pandemic. Although until February it increased in some regions, since March it fell in the vast majority. In Latin America, the interannual variation in the period January-July 2020 was -5.4%, with marked decreases in April and May.

The economic projections show that 2020 will close with a fall that had not occurred since the Second World War, although the outlook has improved somewhat due to the announcements of advances in the COVID-19 vaccine, and also by measures that various Latin American countries have announced to reactivate the economy which include:

Argentina: the recovery plan will have three parts where employment in key sectors will be promoted, universal income will be implemented, and vulnerable areas will finally be urbanised.

Brazil: The government announced a multi-million investment to tackle the crisis through subsidies for vulnerable people, tax cuts and investments in infrastructure.

Chile: The government launched a plan with an investment of US $34 billion in public works that seeks to generate 250,000 jobs.

Colombia: The Colombian government announced that it will emulate the Marshall Plan to face the economic crisis.

Mexico: President Obrador, in conjunction with the business sector, will present an infrastructure construction plan to reactivate the economy.

Peru: The government announced the "Start Peru" programme, which involves a series of investments to generate more than one million jobs.

The economy and trade in Latin America will face a difficult situation in the coming years. State investment together with the private sector, as well as the integration of the region will be essential to rediscover the path of growth. Let us hope the worst is over. 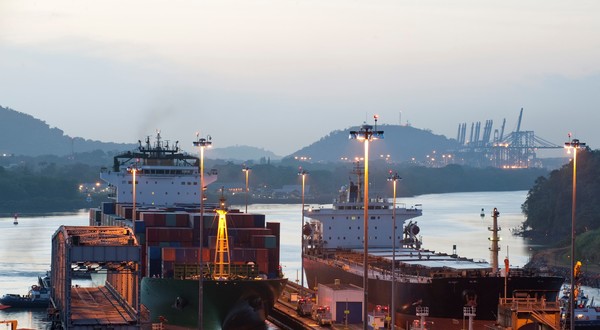