The strains exerted on cargo and the requirements placed on the packaging concerning climatic interactions and mechanical influences are already very high in maritime transport. But what are the demands of rail transport via the new Silk Road?

First, we can by no means expect fewer transfer operations. Due to different, country-specific track gauges, border crossings combined with optional route selection (southern or northern) and logistical transfer points, it is to be assumed that the containers will be transhipped numerous times. It is well known that lifting, moving and setting down containers exerts stress on the cargo even during sea transport. Measurements and tests have shown that maximum values for vertical acceleration of up to 4.8 g are exerted (cf. GDV packaging manual). These values are apparently now being exceeded in rail transport, proven by the result of measurements and clearly documented by damage patterns on cargo. Added to this are the constant vibrations caused by the somewhat demanding track conditions and railcars with insufficient concentricity of the wheels and hardly any shock-absorption. This leads to abrasion/rubbing of the master cartons and sales packaging, as well as the exertion of impacts on the goods themselves. As a result, cardboard packaging wears through, cardboard dividers collapse, and the goods shift in the cartons. The lashing belts for cargo securing can also lose their pretension and become ineffective.

But that's not all: the climatic conditions along the new Silk Road and the passage through climatic zones with significant temperature changes cause sweating, mostly from hygroscopic materials. Wetness introduced into the container in conjunction with temperature fluctuations leads to the formation of mould and corrosion.

Moisture in goods and dynamic forces exerted during transport are issues that need to be addressed if the focus is to be on loss prevention and protection of sensitive goods. Furthermore, a container is by no means a safe, but merely a tried and tested means of shipment requiring precautions and measures for packaging, stowage and cargo securing appropriate to the stresses involved.

The new Silk Road thus presents the logistics process with several challenges over the 11,000 km route and in just under two weeks’ transit time. 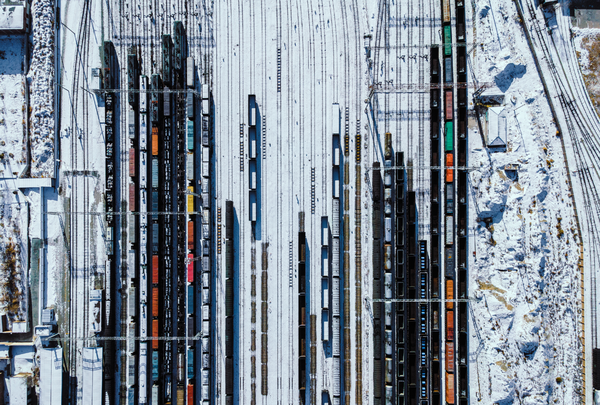