Loss of containers at sea: searching for clues!

Last winter, containerships in the North Pacific lost more than 3,000 containers in the space of 80 days. Many hundreds of containers were also destroyed on board – a loss far in excess of 100 million Euros and which has to be borne primarily by cargo insurers, but also by hull insurers. This loss is almost outweighed by the loss of confidence in the technology and safety of huge container vessels. Do containerships have a significant safety problem which, for reasons that are still unclear, seems to have appeared from nowhere?

Containerships already caused a stir more than 10 years ago. In the Bay of Biscay, large numbers of containers were frequently lost, especially from the stern. Investigations revealed that the cause of the problem lay largely with the cargo securing equipment. The problem had been identified and could be eliminated. The incidents in the Pacific represent the largest ever single losses of deck cargo from containerships. Astonishing pictures bear witness to the disastrous conditions on deck of the ships involved.

An answer to the questions why this is happening now and why it is happening in the North Pacific was quickly found: The Pacific is not, as its name suggests, a peaceful ocean, but rather the opposite. The winter storms and hurricanes in the Pacific are feared by seafarers and test ship and cargo securing systems to their limits. But this has not changed over recent years; containerships have always sailed across the North Pacific in winter without losing cargo. So what had fundamentally changed? The answer is that the rapid and very vigorous economic recovery following the coronavirus pandemic meant that the ships were sailing at absolutely full capacity, which was something entirely new. It goes without saying that the ships and their cargo securing systems are calculated and designed to carry a full load of cargo, but it was nevertheless this new situation that led to the cargo losses.

IUMI’s Loss Prevention Committee (LPC) has analysed the situation and consulted experts and published its interim findings in a discussion paper that attempts to look at the problem from as many angles as possible. We would all like to see a quick and easy answer, but this is not in sight, because the fact that the ships are now sailing at 100 percent capacity has only brought to light that the network of physical relationships and dependencies contains shortcomings, and these need to be identified and eliminated as quickly as possible. The LPC rejects the temptation to draw hasty conclusions or even apportion blame, but there is an urgent need for action on the part of all those involved.

The Loss Prevention Committee’s discussion paper can be downloaded. 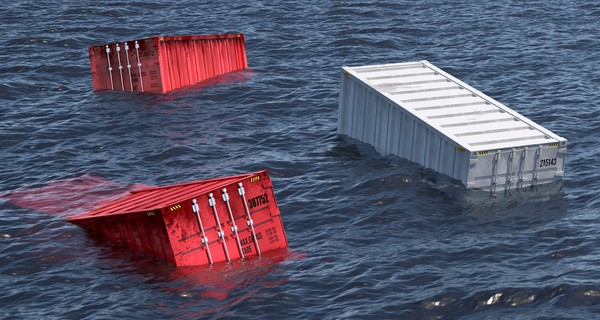