Risks associated with the carriage of yachts as deck cargo

In March 2018 we prepared a report for the IUMI Loss Prevention Committee describing the risks and issues attached to the transportation of yachts as deck cargos.

Yachts are transported around the world by sea on a regular basis. There are three principal methods employed; carriage on deck, carriage below deck or in ISO containers, or carriage on road trailers driven on to roro ferries.

The report focuses on yachts carried as deck cargo, and in particular, where the cargo is lifted on board. Some specialised ships use a floating dock concept to float the cargo on and off. This technique offers several advantages in that the potentially hazardous lifting operation is precluded, and the construction of the ship affords the deck cargo additional shelter from the effects of wind and sea. However, floating dock ships still must lash the yachts to the deck prior to a sea passage and have common risks and issues with conventional ships in this regard.

The report concludes that:

1. Although theoretically well-regulated and planned, the complex relationships between the actors involved undermines the concept of a single prudent uninsured and introduces multiple pathways for negligent behaviour to remain uncontrolled or even undetected.

2. Yachts are difficult to lash safely as they are large, voluminous, irregularly shaped and the strong points provided for mooring are unsuitable for lashing.

3. The cost of properly lashing yachts is avoided by the assumption that insurance will mitigate the losses caused by the lack of effective control and unwillingness by the industry to provide securing systems that are inherently safe on the grounds of cost.

4. The patterns of loss for risk carriers is a series of attritional “damaged on deck” type losses that occasionally spike into a large loss caused by the cargo going overboard. The pattern of attritional loss should indicate to underwriters with a high degree of certainty the likelihood of a large loss and the proper premium to charge. These accounts are inherently volatile. 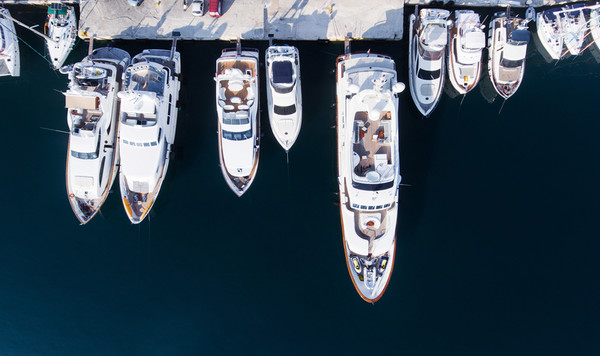