On 23 March 2021 the container vessel Ever Given grounded in the Suez Canal while transiting northbound - and with two canal pilots onboard – en-route to Rotterdam, Netherlands. Fortunately, all 25 crew were safe and there have been no reports of pollution or cargo damage. The vessel was safely refloated six days later, and the canal re-opened to marine traffic. Some of the blocked vessels chose another route around the Cape of Good Hope to ensure timely arrival in Europe, Asia or elsewhere, whilst others waited for the re-opening of the canal. However, the Ever Given is still being held in the canal at Bitter Lake and the canal authority, the Suez Canal Authority (SCA), claims compensation for expenses made by them.

From a marine insurance perspective, this incident is unlikely to impact significantly on cargo claims as insurance cover does not usually include delays. However, if damage caused by delay is included, this might also affect cargo on other vessels impacted by the closure of the canal. The relevant hull & machinery (H&M) and cargo interests, or their insurers, will likely be responsible for the cost of the salvage operations and any General Average costs that may be incurred. Other claims, including loss of vessel hire or damage to the canal itself are likely to be directed to the protection & indemnity (P&I) or other specialist insurers.

The trend for larger container vessels has highlighted a number of potential issues over the last few years such as compromised maneuverability in high winds, an increasing number of onboard fires, challenges surrounding salvage, and the lack of availability of suitable repair facilities. Moreover, the incident has shown the vulnerability of supply chains in an international trade system. A single incident can interrupt trade between Europe and Asia for a significant amount of time. And single players such as the SCA are in a position to hold a vessel for a longer period of time.

It is unrealistic that container vessels will be built smaller in the near future. However, do underwriters in their daily business, as well as IUMI on a policy level at the International Maritime Organization (IMO) and elsewhere, have to work on solutions for risk assessment and mitigation for these ultra large container vessels? Fire detection and protection have to be improved. Strategies need to be developed for fewer container losses in rough seas. Bottle necks in important trading routes need alternatives. And the overall vessel design must take the size of the vessel and the according relevant accumulation of risks into account. 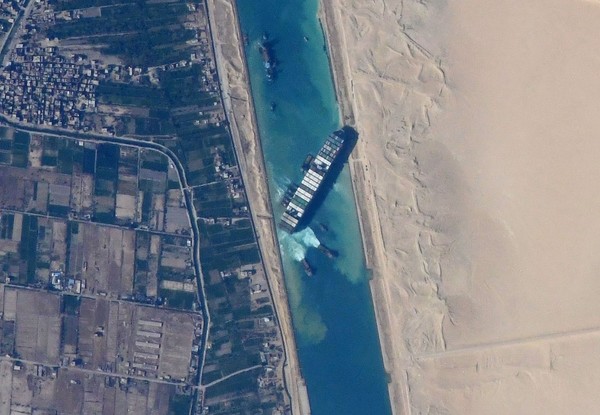