Global trade has been growing for decades - but, owing in no small part to faltering economic activity, we saw a significant decrease in 2015 which is likely to be replicated in 2016. Any hope of a quick recovery is doubtful due to a strong increase in protectionist trends in western countries - such as US President Trump’s threat to introduce import tariffs. If trading partners were to hit back, the impact on global trade and economies worldwide would be significant. And such difficulties are likely to impact the international marine insurance industry where market volumes have been declining steadily in recent years.

The increase of protectionism

The International Monetary Fund (IMF) cited last year that – besides the weakening global economy –  protectionist measures were a cause of negative trade growth, which includes custom tariffs and export subsidies as tariff-based barriers, and quotas as non-tariff barriers. Since 2009 there has been a continuous increase in protectionist measures, with a rapid upsurge since 2012 when global trading volumes stalled.

More than ever free trade agreements are currently in jeopardy, particularly in Europe and USA, where there is a political trend to blame globalisation for domestic problems, strengthening populist movements and an upsurge of nationalism. Massive protests in Europe against the Transatlantic Trade and Investment Partnership (TTIP) between the European Union and the United States, the US withdrawal from the Trans-Pacific Partnership (TPP) deal and perhaps the North American Free Trade Agreement (NAFTA) could have significant consequences for the other trading partners involved. If existing or planned liberal trade agreements are scrapped, protectionism could reach alarming levels.

Free trade agreements have created many opportunities for almost all countries over the past few decades. The international division of labour and cross-border production processes have become core to the modern global economic order. Globalisation is by no means a winning situation for everyone, but heightened protectionism is certainly not the answer. When it comes to protectionist measures it is often the developing countries that loose. These countries rightly expect us to develop fair and balanced trade agreements.

Globalisation seems to be in crisis and this is also impacting marine insurance. In parallel with global trading volumes premium income has also been falling in all segments since 2012. Even when adjusted for currency translation effects from the rise in the US dollar, premium volume is stagnant. In 2015 global premiums of approximately US $30billion were down to 2010 levels.

Stronger growth in the USA, the probable end to the recession in Brazil and Russia, and a recovery in other commodity exporting countries due to higher prices should accelerate global trade in 2017, but these benefits could be countered by a rising move towards greater protectionism. The USA’s current trade policy and its withdrawal from the TPP or the effects of Brexit all have the potential to significantly influence international trade and slow down globalisation. The European Parliament has, after all, approved the trade agreement between Canada and the EU, so parts of the agreement may soon come into force, subject to approval by individual Member States.

Time will show the impact these will have and marine insurers should not bank on a significant increase in the premium volume for the current year.

Free global trade and the global exchange of goods is the foundation for growth and prosperity across the world economy. Going back to nationalistic isolation and protectionism is likely to have a negative impact on all those involved –  industrial countries, emerging markets and developing countries – including global marine insurance. 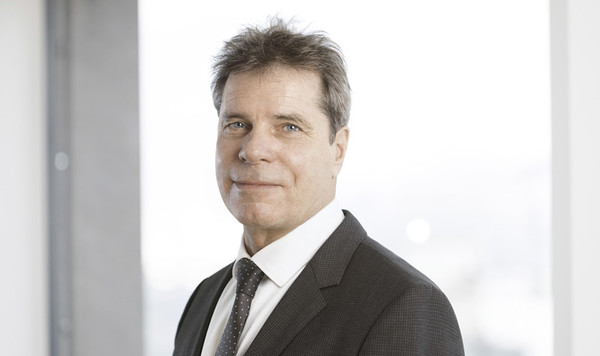