The Maritime Safety Committee (MSC) sub-committee on Ship Design and Construction (SDC 5) held its fifth session from 22 to 26 January 2018. SDC addresses a broad variety of technical and operational matters related to ship design and construction, including subdivision and stability. The Sub-Committee also discusses testing and approval of construction and materials, load lines, tonnage measurement, safety of fishing vessels and the carriage of industrial personnel. The meeting was chaired by Kevin Hunter from the United Kingdom. Three agenda items were discussed in depth:

Currently, the approval of direct assessment calculations requires a significant effort every time such calculations are required to be done. Due to these complexities the work on this agenda item has been ongoing for over a decade. Therefore the chairman asked the sub-committee to decide whether it was feasible to conclude the work on IS criteria or whether the committee should refrain from further work on the issue. The sub-committee agreed that the work should be continued.

The Correspondence Group on Intact Stability (IS) was re-established under the coordination of Japan and with new Terms of Reference. The group was urged to ensure that the package to be submitted for the Ship Design and Construction sixth session (SDC 6) and be sent to a drafting group for finalisation. From an insurance perspective a clear set of IS criteria is desirable as it would provide for a clear basis on which to argue whether a vessel is seaworthy or not.

Due to the increasing number of offshore activities, the staff who need to be transported to offshore facilities has grown significantly over the past years. There are currently inconsistencies in the requirements by flag states when more than 12 industrial personnel are being transferred on a vessel. The IMO agreed to work on a new SOLAS chapter and a non-mandatory Code on this issue.

The MSC 97 had adopted a resolution on interim recommendations on the safe carriage of more than 12 industrial personnel on board vessels engaged on international voyages. These recommendations served as a basis for the development of the new chapter and code. SDC 5 established a Working Group (WG) to continue work on this issue.

One aspect which was advanced during the WG’s discussion was the clarification of differences between special personnel and industrial personnel. Notwithstanding this clarification, more work is required and will be conducted via an intersessional Correspondence Group.

Another important matter was the safety of mooring operations. To address this issue, it was crucial to finalise the draft revised SOLAS regulation II-1/3-8 and make progress with the development of the new guidelines for safe mooring operations for all ships.
The working group on this issue advanced the ongoing work significantly, including taking decisions on new design guidelines for future ships of 3,000 gross tonnage and above. It was further decided that the new guidelines will include lines (i.e. ropes and wires), going beyond past requirements, which addressed on-deck arrangements and equipment. 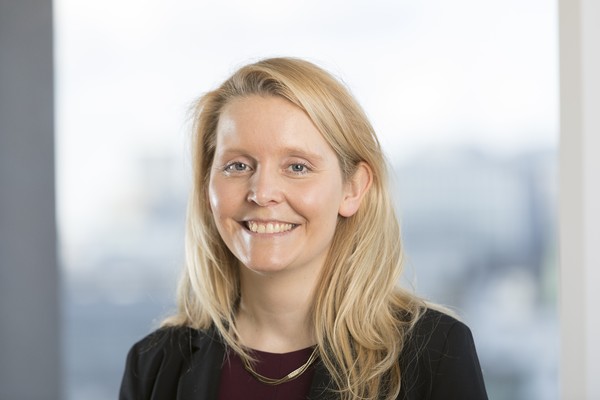