Have you always wanted to be a marine insurer? How did you enter this profession?

During my college days, I happened to watch a Japanese TV documentary introducing the issues of Lloyd’s at the time. It was the first time I’d come across the occupation of “underwriter” and I became interested (I guess the programme made it dramatic too!). My father worked within the maritime law sector and he used to attend the International Maritime Organization (IMO), Comité Maritime International (CMI), United Nations Conference on Trade and Development (UNCTAD), etc. for a long time as a Japanese delegate. So he knew the marine insurance industry very well and spoke highly of the people working there. I studied business at college and there was a marine insurance class. Understandably, it was not strange for me to consider the marine insurance industry as a potential workplace. During my interview with Tokio Marine in 1993, I asked to get involved in marine insurance which turned out to be rare. Marine was already a minor line of business, less than 5% of the company’s premium back then. However, since joining the company, I always felt happy and proud to be engaged with marine. Across my career, I have had times working in the non-marine departments but it didn’t feel the same. After all, I guess it’s safe to say that I wanted to become a marine insurer.

As a member of IUMI what drew you to the organisation?

The first IUMI annual conference I attended was the 2007 Tokyo conference. At the 2017 Tokyo conference I presented on blockchain based trading and insurance which I was working on at the time and following this conference some people recommended me as a candidate for the Cargo Committee and Education Forum. The following year (2018) I became a member of the Data and Digitalisation forum as well.

Who has had the biggest impact on your professional career?

I worked at Tokio Marine America in New York City between 2008 to 2015. During this time I was working with Ralph Salce who is still there and we started together on a new cargo underwriting team. Ralph always had a lot of new ideas and we used to discuss for hours about strategy, underwriting, forms and wording, hiring etc. The time that I spent with Ralph made me really think deeply and study underwriting and business strategy, and also made me realise I love the business. Big thanks to Ralph.

What advice would you give to the new generation entering marine insurance?

It is international and dynamic. You will see the vitality of the world economy through daily business. If you think you are a creative person, you have the potential of becoming a good underwriter. If you have the appetite for knowledge, there is a vast amount of knowledge to learn from and you could even become a better underwriter.

What has been your biggest achievement in your career?

I wrote a book (in Japanese) and was fortunate to have it published last year. It is a commentary on the cargo clauses based on English law. A maritime lawyer told me he cited parts of my book for the final documentation of a trial on a cargo loss case. The fact that my book was used in this way was an achievement for me. I also came up with a new structure for a digital platform for payments on international trade and am currently starting it up as Tokio Marine’s new business. Last year, the new idea and business was reported on the front page of the Nikkei which is a flagship financial newspaper here. That was also a big deal for me.

What has been the most surprising element in your profession?

What do you like to do away from the office?

I enjoy surfing and reading. I used to do a lot of skateboarding too. I am a huge fan of Sumo wrestling. These are all since my youth. I used to love the time with my three children but they have grown up, so now I am enjoying time with my wife again. 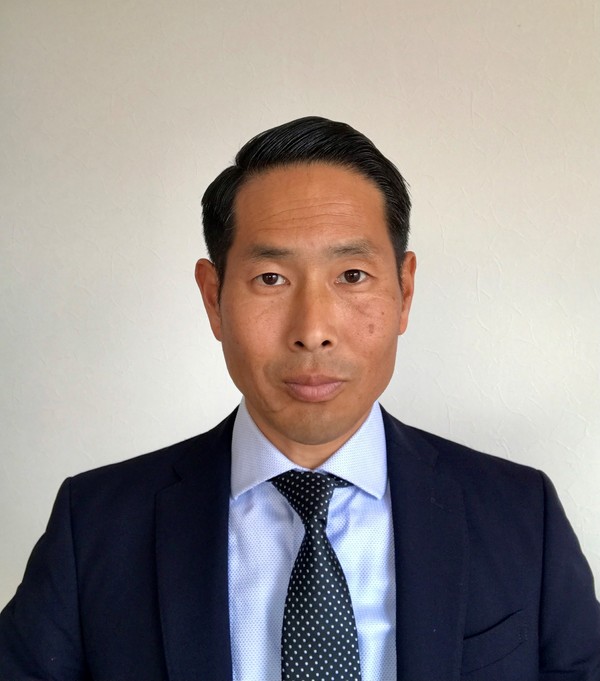