In a nutshell, how would you describe the main role of Paris MoU?

The main role of the Paris MoU is captured in its mission statement: “The mission of the Paris MoU is to accomplish the elimination of substandard shipping by inspecting the ships in the region using a risk based methodology. This risk based inspection method ensures that the merchant ships in the region meet the international safety, security and environmental standards, and that crewmembers have adequate living and working conditions in compliance with the international maritime labour standards”.

The need for Port State Control actually stems from the experience that not all parties, in the first instance shipowners and flag states, take their responsibility for their ships' compliance with international maritime regulations equally seriously. In that respect, you could see the role of the Paris MoU as a safety net for that.

What is the biggest challenge facing Paris MoU today?

The biggest challenge today, with the ever-expanding complexity of regulations, is to carry out inspections that provide a representative picture of the ship’s state of compliance (in terms of safety, protection of the marine environment and working and living conditions). This of course applies to all working in the industry, but a complicating factor for Port State Control Officers (PSCOs) is that the inspections are based on spot-checks, whilst PSCOs do not follow a ship through its lifetime and often visit such a ship only once. The challenge then is to find the appropriate level of the inspection, whilst knowing that a negative outcome of an inspection has a huge impact on ship, company and crew.

PSCOs in the Paris MoU region generally have a technical background as a deck officer, engineer or naval architect. Regardless of that background, they are expected to have knowledge in all areas covered during an inspection. The more regulations involved, and the more complex these regulations become, the more complicated the task of the PSCO becomes.

How do Paris MoU and IUMI work together?

Paris MoU and IUMI are organisations that, in fact, pursue similar objectives, cooperating unconsciously or consciously. That the member Authorities of the Paris MoU, but also those of the Tokyo MoU are well aware of this, is apparent from the relevant paragraphs in the 3rd Joint Ministerial Declaration, drawn up during a Ministerial Conference of the Paris and the Tokyo MoU in Vancouver, Canada in May 2017, highlighting the following:

Is there anything that you would like to see underwriters do differently or better?

My knowledge of how insurers work is relatively limited, but I can imagine that in some cases they can also play a role in ensuring or even setting minimum standards. For example, in those situations where the international regulations themselves provide too little certainty about the compliance result and the associated risk. A good example would be the crew composition on board where the flag state issues the minimum required crew composition (Minimum Safe Manning Document) which does not necessarily have to be an adequate crew composition under all circumstances. Insurance companies may be in a position to impose certain crew composition requirements, in addition to the Minimum Safe Manning Document, to mitigate potential risks where necessary.

If you could wave a magic wand and change one thing in the shipping industry what would it be?

Perhaps not so much in the shipping industry itself as in the general public's appreciation of the way in which hundreds of thousands of seafarers, under difficult circumstances and day in and day out, enable the world to remain interconnected in the transport of pretty much everything.

If you were not in your current role what would be your ideal job?

I can imagine jobs in both the public and private sectors that could be of interest to me. Primarily I would be interested in those functions that serve a social interest. If that is also linked to the maritime sector in which I have been working for a long time, that would be very nice.

I spend a significant amount of my free time taking walks with my dogs. We have two Boerboels, aka South African Mastiffs, and, for contrast, a puppy Miniature Bull Terrier coming soon. 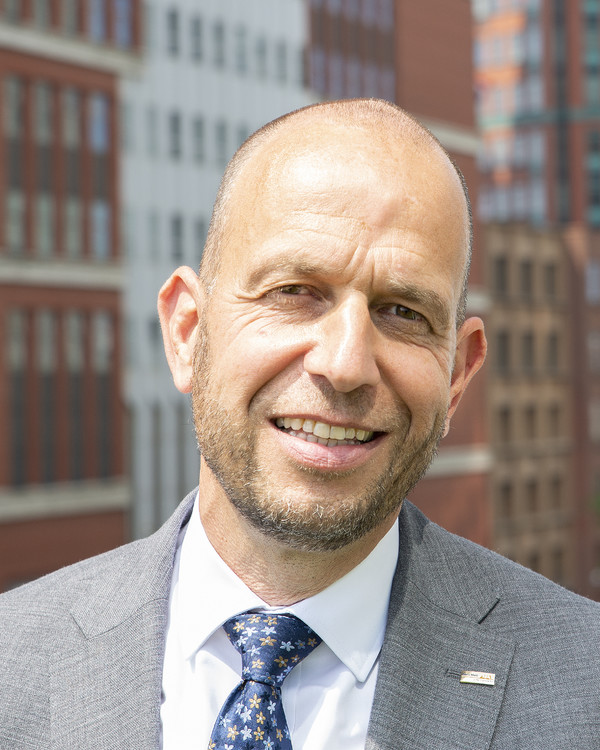