Bunker fuels are a central component of the maritime industry which keep marine trade spinning. Despite climate change and the urgency to decarbonise, the vast majority of vessels today are still reliant on conventional fuel oil.

The International Bunker Industry Association (IBIA) is the voice of the global bunker industry and represents stakeholders across the industry value chain.

Contamination of bunker fuels is an issue which has kept both IBIA and IUMI on their toes since it has the potential to cause various technical problems, including blocked fuel filters, fuel pump seizures and even loss of main engine power. The cost of engine damage can be significant. The loss of engine power from contamination may lead to serious incidents such as collisions and groundings. Testing to the ISO 8217 standard does not necessarily indicate whether the fuel is contaminated or not. Sometimes gas chromatography and specialised equipment in a laboratory are required to determine contamination. Such tests take several days to be completed. Consequently, vessels are often forced to sail with fuel in separate tanks and it is down to the ability of the crew and equipment to make the fuel fit for use.

The IMO’s Maritime Safety Committee (MSC) agreed in December 2018 to include in its biennial agenda an output on the “Development of further measures to enhance the safety of ships relating to the use of fuel oil”, with a focus on safety issues related to flashpoint requirements. Since then IUMI has been involved in this work item together with IBIA and many other flag states and NGO observers at the IMO.

To understand the appetite of the maritime industry of increased transparency through bunker licensing schemes (BLS) and mass flow metering (MFM), IBIA, together with BIMCO, surveyed relevant stakeholders. The resounding response was a desire by the majority of participants to implement all of these measures to improve the quality of bunker fuel and avoid quantity disputes. These results are encouraging from an insurance perspective, not least because IUMI has long advocated that the current system, which sees the end-users taking all the risk, is not acceptable. Refineries should be compelled to test and confirm the delivery of non-contaminated fuels. The introduction of BLS would be a step in the right direction.

In a nutshell, how would you describe the main role of IBIA?

IBIA is a membership organisation for all stakeholders across the global marine fuel industry value chain, including those involved in the production, distribution and sales of marine fuels, marine fuel consumers and a range of service providers with an interest in the sector. We provide a platform for discussion of industry issues so that we can be an effective voice for the sector. IBIA seeks to promote better understanding, professionalism and cooperation between all stakeholders through communication and education. We do this through a variety of events and courses, engaging in working groups, by disseminating reliable and accurate information and offering practical advice and expertise where we can. We also lobby for effective, pragmatic and workable regulations at the IMO and elsewhere, and take part in development and promotion of best practices and standards.

What is the biggest challenge facing IBIA today?

That’s a tough one, as there are so many challenges facing our members and we have to pick our battles carefully. One of the key challenges today is to work out how we can support the energy transition, without losing sight of the ongoing issues facing our members while traditional oil-based fuels continue to be the dominant fuel for international shipping. This is where we need to promote best practices, transparency and ethical behavior. Bunker licensing and uptake of mass flow meter technology are means to enhance industry performance and build trust in the sector; trust that we often find lacking today.

To what extent are the findings of the joint IBIA/BIMCO survey on bunker licensing schemes and mass flow metering indicative to improve bunker quality and avoid quantity disputes?

Two things stood out to me from the survey: The percentage of deliveries associated with disputes about quantity (1.61%) and quality (0.98%) reported by the survey respondents was relatively low, yet a clear majority of respondents were in favour of bunker licensing programmes and MFMs as tools to improve transparency and trust in the bunker supply industry. Respondents included a large share of traders and suppliers, over half of the total, so it isn’t just bunker buyers that want this. There were mixed views on how effective bunker licensing would be to reduce quality and quantity disputes: 62% expected a decrease in quantity disputes, while 48% said they anticipated it would lead to a decrease in quality disputes. Nevertheless, 81% of those answering this particular question said they would prefer to bunker in a port that has a bunker licensing programme.

What are the lessons drawn from the introduction of the IMO 2020 low sulphur limit?

Prior to 2020, I often spoke about the three P’s: Plan, Prepare, Practice – and how they were relevant to both the supply side and ship operators. In essence, it related to planning a compliance strategy, in particular the switch from mainly HSFO to mainly VLSFO, preparing supply infrastructure and ship’s tanks and fuel systems, and practice producing and using the new VLSFO fuel blends to identify and address potential problems. IBIA also called for cooperation and communication to facilitate the timing of the switch to ensure supply and demand were aligned.

Moreover, we took part in developing the Joint Industry Guidance on the supply and use of 0.50% – sulphur marine fuel, which we made available for free - it is still available to download  from our website. We also took part in developing IMO guidance and additional regulatory elements to assist with consistent implementation of the new sulphur limit. All of this raised awareness and knowledge of what was coming, and in hindsight I do believe this helped the industry plan and prepare and thereby achieve a much smoother transition to IMO 2020 than most had dared to hope for. So, the lessons, in essence, are that when we apply focus and all stakeholders pull together, we can make it happen. I think IMO 2020 is a remarkable success story, though I do appreciate that it has put increased demand on ship operators in terms of fuel management. VLSFO can present challenges with cold flow and sludge formation, requiring very careful management of fuel temperature during storage and pre-combustion fuel treatment, as well as great care to avoid co-mingling with other fuel stems as in case it creates an unstable mix.

If you could wave a magic wand and change one thing in the shipping industry, what would it be?

I’d like to see more open-mindedness and positivity, both within the shipping industry and in terms of how shipping is perceived in general society. We see a lot of focus on the negatives and playing the blame-game, both between stakeholders and in how things are depicted in the press. We’d be better off having constructive and open dialogue between stakeholders about where problems lie and strive to find ways to address them, and there should be more appreciation in society of the vital role of shipping for the world.

How did you get to your current role today?

My career path has been a bit unusual. I did my first degree at Oslo University in Norway, and then came to London to do a Master’s Degree in Middle Eastern studies at the School of Oriental and African Studies. That didn’t lead to the jobs I had hoped for, so when I was invited by a friend to join him and his father in a start-up website called Bunkerworld in 1997, I jumped on the opportunity to try something different. We developed that website into a well-respected news and analysis resource for the marine fuels industry. I was head of the editorial team at Petromedia, the publisher of Bunkerworld, until it was acquired by S&P Global Platts. During my tenure with Bunkerworld, I was elected to the Board of IBIA and learned a lot more about what IBIA does. I found IBIA’s work very interesting and was able to join the Secretariat in April 2016 as Communications Manager and IMO Representative. In September 2018, when the CEO of IBIA resigned, I was promoted by the Board of Directors to become the new head of the Association.

If you were not in your current role what would be your ideal job?

What makes me tick is to get stuck into specific subjects, study them and work with others so I can understand them; and then finding ways of communicating these effectively in order to raise awareness and improve understanding of various issues. It is also very gratifying to work with others to identify solutions to problems. Thankfully my current role includes these elements!

I took up road cycling a few years ago to get fit for winter skiing holidays, and now it is one of my favourite past-times as part of a local club that organises regular rides for recreational cyclists like me. Also, I enjoy cooking, and sometimes making jams, jellies and chutneys – all very rewarding, especially when I am able to use ingredients grown in my own little garden. 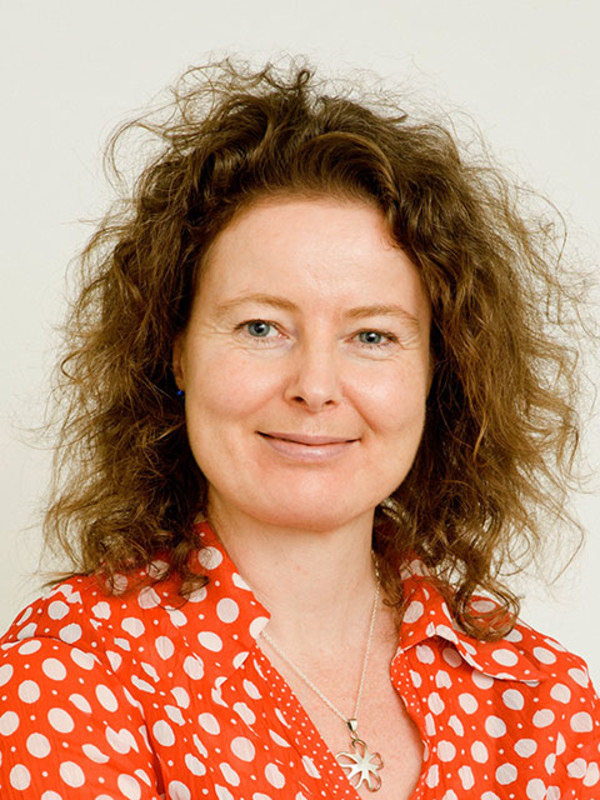