Illegal fishing activities and practices have placed additional pressure on the coastal and wild capture marine resources in the Western Cape. We are afraid that these activities will continue, even though a lot has been done to curb or prevent them. The aquaculture sector is still in its infant early phase. More focus is expected in this sector in the future to reduce the pressure on natural wild stock.

The South African insurance market is an important insurance knowledge centre and also considered the hub for other Southern African markets.

Due to an abundance in capacity from both the marine and non-marine players, the various markets for fishing vessels, pleasure craft, yachts and small craft are highly competitive. In addition, also included are some foreign based companies. As a result, wider conditions are granted as players battle to hold onto their business and market shares.

It is reported that South Africa alone has a fleet of approximately three thousand commercial fishing vessels, with an annual turnover in the region of USD $25 million. The fleet is aging, and replacements are lagging way behind, given that our economy is flat. This makes loss prevention a huge and troublesome issue, as risk management and maintenance may well be compromised by economic pressures. Consequently, underwriting results produce loss ratios ranging from 60% up to 100%. This relates to the period from 2016 to, and including, 2017, with Combined Ratio (CBR) of over 100%.

With regard to the yacht, pleasure and small craft markets, reported to number approximately forty thousand vessels, loss ratios from 50% to 60% have been recorded. This applies to craft registered for both inland waters and sea-going vessels.

Overall, the local industry has been primarily dominated in recent times by smaller boat builders that manufacture commercial and recreational craft constructed from composites to aluminium. Of these, recreational multihulls dominate, both sail-driven and engine-powered.

For 2017, with some South African companies insuring craft in foreign locations affected by hurricanes as well as by local storms, their loss ratios only went one way - much higher. So far, 2018 has been reasonably quiet and we hope that we have a much better year than 2017.

The premium income for both the fishing vessel and yacht, pleasure and small craft market is about USD $10 million. Although still good business, abnormal and unpredictable global weather patterns continue. This does not only apply to distant foreign waters as these weather patterns are also increasing risk on vessels or crafts in South Africa and greater Africa as well. More details and possible effect on the yacht, pleasure and small craft underwriting market will be discussed during the Inland Hull, Fishing & Yacht (IFY) committee workshop.

Safety and the environment

An important aspect is the safety of vessels, crew and the environment. This is a theme that will be highlighted at this year’s IFY workshop, discussing the Cape Town Agreement 2012 replacing the Torremolinos Protocol. The South African Maritime Safety Authority (SAMSA) has become much stricter on safety requirements and it reports that the situation is improving.

Old wooden hulls are being replaced gradually but slowly with steel and glass reinforced plastic. Many fish species are under protection and regulated through quotas, with a positive exception being for hake. Several commercial fishing companies have had to cut back on activity and staff, with a negative knock-on effect on insurance turnover.

Claims are increasing overall, with two main areas highlighted. Theft claims and generally fraudulent claims are most certainly a consequence of the current economic climate and lack of disposable income. Machinery and equipment losses and the like are believed to be linked to cost-saving through cutting back on regular and prescribed maintenance programmes. Wear and tear or lack of maintenance damage may be presented to insurers as claims.

An ongoing issue is noted regarding the high cost of replacement of the major machinery items of the older vessels. While a vessel may be insured for its current market value, to replace (for example) the main engine could approach the entire insured value of the vessel. Matters are not improved by the decline in the South African Rand in comparison to foreign currencies, such as US Dollars. For example, the cost to replace a foreign-sourced (USA) Caterpillar diesel main engine has skyrocketed.

A similar situation exists with imported spares – a local marine engineering surveyor reports that he is currently monitoring repairs to main engines requiring replacement crankshafts and/or engine beds, where the costs are out of proportion to the market values of the vessels concerned. Exposure to over-fishing is constant and the introduction of new and sophisticated large freezer-catchers puts ever increasing pressure on the resources.

The on-going and promising development of aquaculture is positive for our sector. 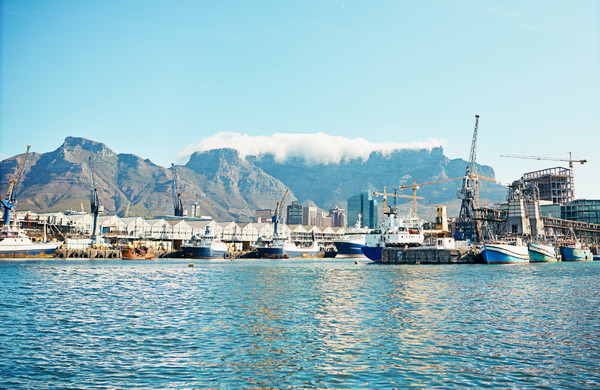